The top 8 questions we are asked about virtual conferencing platforms (plus our expert answers)
Apr 14, 2021
A Hat-trick of Awards for Pixelhouse And a Gold Award for Event Networks
Apr 14, 2021

Every January thousands of people flock to Las Vegas for CES, the largest technology show in the world. With over 180,000 attendees and 4,500 exhibitors covering 2.9 million square feet of Las Vegas, there sure is a lot to look at. DBpixelhouse asked me to report back on the tech and interactive software which has the potential to make a positive impact in the world of events and experiential marketing.

From interactive holograms to being able to feel temperature in VR, there was a vast array of new tech on show at CES. Here are just a few of the most memorable new technologies to watch out for in 2020. 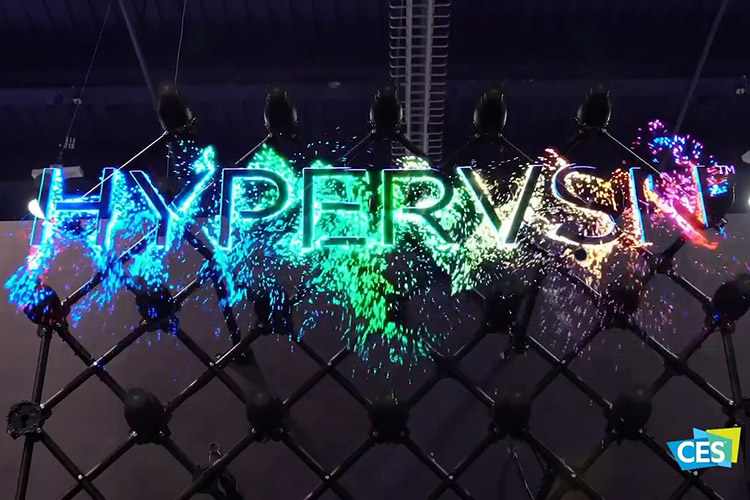 Holographic images are always an eye-catching way of attracting attention. I was surprised not to see more innovation in this field as Voxon—the first 3D, 360°, glasses-free volumetric holographic imaging device is out now and I assumed it would have some competition. The closest were still just 2D devices which give the illusion of 3D. Despite this, the ones I saw at CES were still effective in well-lit environments, which has been a challenge in the past, and their interactivity has certainly advanced, making them a great option for boosting engagement at events.

The manufacturers of HyperVSN, an impressive holographic LED spinner, already stocked by DB unveiled a new HyperVSN experience—one which allows users to gamify the experience by adding interaction. I loved physically pulling the handle of a slot machine to activate the holograms, and even got to experience flying a dragon simply by moving my hand. iDiskk are a handy supplier who produce flat, unobtrusive transparent casings for the HyperVSN spinners which help tick a lot of the health and safety boxes when using the LED spinners at events. 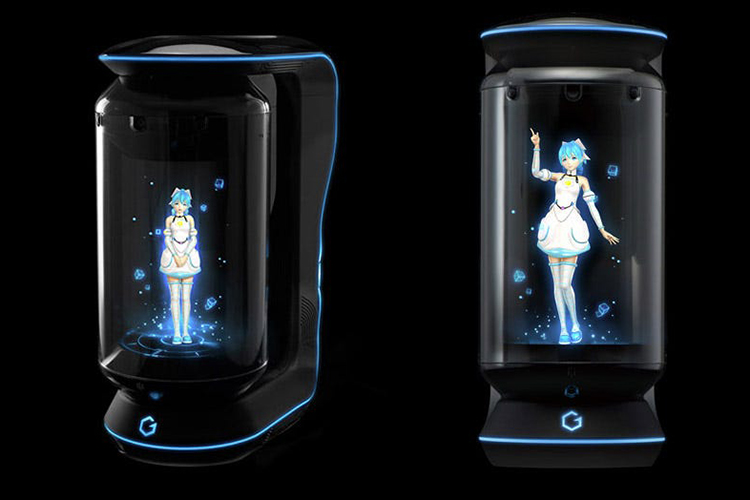 Imagine an Amazon Echo device with a holographic character inside and you’ve got Gatebox, a machine learning IoT device that uses backlit projection inside a dark transparent box to give the illusion of a 3D character you can communicate with. As well as consumer applications, Gatebox is being marketed as a digital concierge for hotels and events, and they told me that the box can go up to life size. It’s an exciting prospect because the applications for Gatebox are virtually limitless, and whilst it may seem gimmicky at first glance, it opens up a new world of interactivity for events. With the potential to be highly impactful, the R&D team at DB are already investigating possible applications for Gatebox at exhibitions. 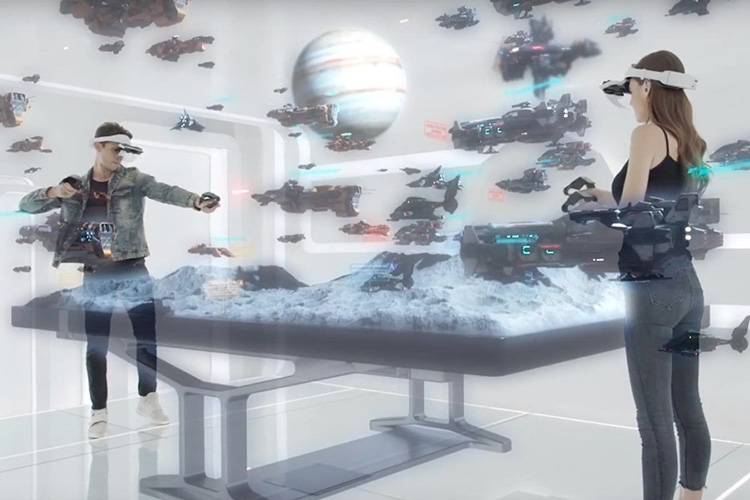 At this year’s CES, I felt a shift in focus from virtual reality (VR) to augmented and mixed realities (AR, MR) as leading manufacturers race against one another to make sleek, affordable and fashion-forward digital eyewear. NReal, Norm Glasses and MadGaze are a couple of brands who made a real impact. However, I didn’t feel like any of the products were really there yet. Several demos failed, and a lot of the glasses I tried on were still too heavy for them to be comfortable when wearing them for longer periods of time.

Ximmerse’s stand alone RhinoX MR headset was impressive and comes with a museum application, which makes it perfect for events. Featuring a wide field of view and multi-user capabilities, it’s unique tag system for anchoring content in environments is ideal for events and exhibitions, allowing exhibitors and organisers to store digital documents within a virtual space. More notable however is the price point, rumoured to be in the couple hundred-dollar range, which could give Microsoft’s Hololens2 and Magic Leap a run for their money which currently cost significantly more.

Samsung teased us by revealing they’re working on an AR headset during their press conference—but, probably most unexpected was Panasonic showcasing VR goggles that weigh only 150 grams and actually look pretty cool. They say they don’t plan to manufacture them, but I’m sure their mere existence will make headset leaders take notice and start working on new designs for next year. Lighter, sleeker and less fussy headsets would increase audiences for AR-VR-MR content at events as more people would be inclined to use them.

My favourite VR products at CES were new accessories. Cybershoes simply strap onto your feet and allow you to ‘walk’ or ‘run’ around inside virtual worlds from a seated position. Super eye-catching was Virtusphere, a large sphere you step inside to also roam freely in VR. Tegway are a fascinating manufacturer who produce flexible thermoelectric technology for VR face masks, gloves and armbands which enable you to feel temperature, like a snowball or fireball crashing across your body. It was awesome! Anything that can turn VR into more of a multisensory experience increases the chances of the content, as well as the exhibition stand, being more memorable and impactful—therefore, adding a whole new dimension to delivering brand messages effectively. 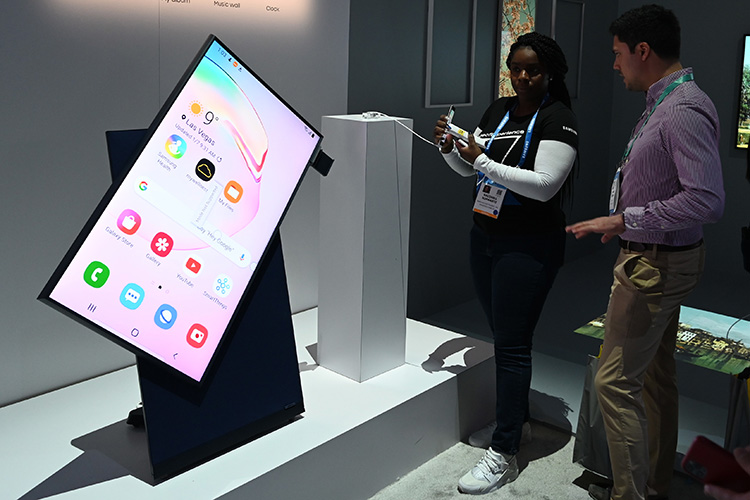 While there were tons of companies showing humongous screens with billions of pixels, the one that stood out to me the most was Samsung’s Sero. Sero is a screen that rotates from horizontal to vertical, ideal for mobile content viewing. Some have written this off as a gimmick, but I think it’s a sign of things to come, future-proofing for the rise of the TikTok generation. Quibi, a new mobile-only, short-form content streaming site announced at CES they are launching this April, and one of their big selling points enables viewers to switch intuitively between portrait and landscape to view their specially designed content. We’re also seeing the rise of the ‘vertical event’, with stars like Mabel performing shows configured for smartphone footage to be shared via Snap and Instagram, so the timing of Sero seems to be pretty on point with the zeitgeist.

There was definitely a lot of ‘upgrades’ this year coming to market, which means there are no excuses for the ‘same old’. Creativity and innovation are cyclical, one breeds the other in a continuous loop. Applying new consumer innovations to the event world creates exciting opportunities for brands to communicate and engage with customers like never before. Now it’s up to us to see how creative we can be.

Back to top of page